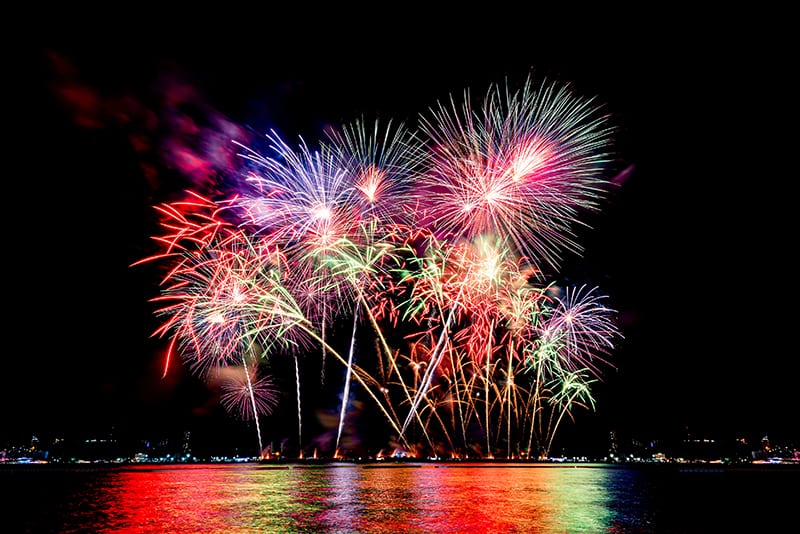 On January 1, 2000, the world celebrated the start of the new millennium – though some would say the party came a year too early. But early or not, the 21st century was upon us.

Fireworks lit up the sky, as the world held its breath to see if computers would crash as the date turned from 1999 to the year 2000. Fortunately, the Y2K bug didn’t bite, and all was well … with our computers, that is.

All was not well with the U.S. presidential election. The outcome was embroiled in controversy and it took a Supreme Court decision to determine that George W. Bush would become the 43rd president in January, 2001. Later that year, the world would mourn as nearly 3,000 people lost their lives in terrorist attacks in the U.S. on September 11th. Still later in the decade, Barack Obama would become the first African American U.S. president in 2009.

Globally, China and India were experiencing rapid economic growth in the 2000s. But Asia also faced devastation after a massive 2004 earthquake and tsunami in the Indian Ocean, which impacted several countries where Wilbur-Ellis does business (see sidebar). Wars erupted in Iraq and Afghanistan during the decade, and the Great Recession began, battering economies worldwide.

On a happier note, there was new hope for curing disease, as human DNA was mapped in the largest international scientific project ever. The Apple iPhone came on the scene, launching a mobile revolution, and social media evolved from a novelty to part of everyday life.

At Wilbur-Ellis, the 2000s was a decade when the company celebrated a momentous birthday, transitioned its top leadership twice, doubled revenues, and intensified its focus on technology and strategy. 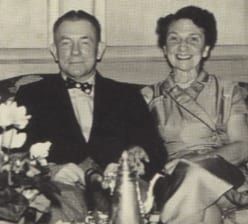 Mrs. Matilda “Dita” Wilbur was an extraordinary lady. Throughout her life, she saw the world – and a century of history – as the wife of company founder Brayton Wilbur Sr. (left) and the matriarch of the Wilbur family.

On September 17, 2000, the company joined with the Wilbur family in celebrating Mrs. Wilbur’s 100th birthday.

The “1930s – Through the Decades” writeup tells the story of Mrs. Wilbur’s birth in the Philippines in 1900 and the fascinating life that followed. On her 100th birthday, a story in WilCon Trader wished her well: 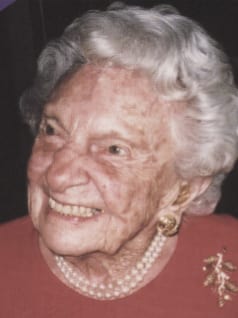 “Now at age 100, Dita has experienced the entire 20th century, observing the changing times with interest and a lively sense of humor. ‘To go from horse-drawn carriages to jet airplanes is to have experienced great changes,’ she notes. As she reflects on the richness of her life, she continues to enjoy each new phase. Perhaps only one thing has remained unaltered: her love of family. And with 10 grandchildren and 14 great grandchildren, she is herself surrounded with love.”

On March 23, 2007, at the age of 106, Mrs. Wilbur passed away peacefully at her home in Hillsborough, California, where she had lived for over 50 years. And just as WilCon Trader marked Mrs. Wilbur’s centennial birthday, the publication also marked her passing, remembering her as “an inspiration.”

The Human Side of Business

Meet George John Poppin and read his letter to Wilbur-Ellis about a kindness in the 1930s that changed his life. Mr. Poppin’s letter is an inspiration, and a reminder about the human side of business. 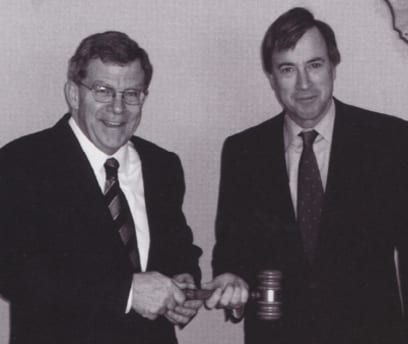 CEO Herb Tully (left) congratulates John Thacher, who took over as CEO in 2006.

The company’s transitions in leadership began in 2000, when Brayton Wilbur Jr., son of the company’s founder, stepped down as CEO after a dozen years, becoming Chairman of the Board of Directors. The new CEO, Herb Tully, had joined Wilbur-Ellis in 1981 and served as Controller, Treasurer and Chief Financial Officer before taking the top job.

Tully served as CEO for six years, until a second transition in 2006. That’s when John Thacher, the current Executive Chairman of the Board of Directors, became CEO – following in the footsteps of his grandfather, Brayton Wilbur Sr., his father, Carter Thacher, and his uncle, Brayton Wilbur Jr.

John Thacher came to Wilbur-Ellis with extensive business experience. Before joining the company in 2002 as Vice President of Strategic Planning and Business Development, he had a 25-year career with Cuvaison Winery in Napa Valley, including serving as its President. In 2005, he became Executive Vice President of Wilbur-Ellis, and rose to the CEO role the next year, a position he held until 2018.

Financially, the 2000s were a time of rapid growth for Wilbur-Ellis. Revenues more than doubled during the decade. 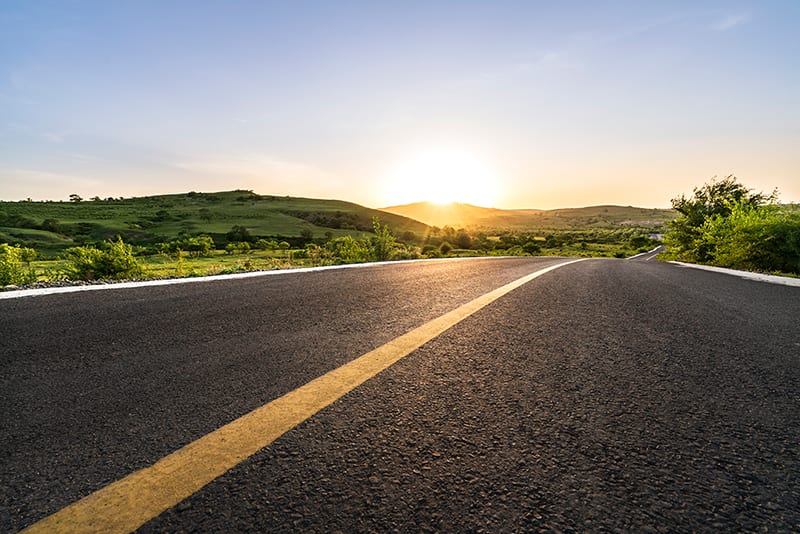 A roadmap for the future

Financially, the 2000s were a time of rapid growth for Wilbur-Ellis. Revenues more than doubled during the decade, increasing from $1 billion to $2.2 billion. That trajectory has continued, with annual revenues of over $3 billion today.

The company also took steps to formalize its support of communities where Wilbur-Ellis employees live and work. In 2004, the Impact Fund was created, and since then $7 million has been donated to local community organizations chosen by employees worldwide.

But of all the changes the new millennium brought, an intensified focus on technology and strategy were among the most important.

Helping in Times of Trouble

On Dec. 26, 2004, a devastating earthquake (over 9.0 in magnitude) and tsunami in the Indian Ocean caused massive destruction in Asia – including countries where Connell does business. Read about how Wilbur-Ellis provided support during this time of trouble. 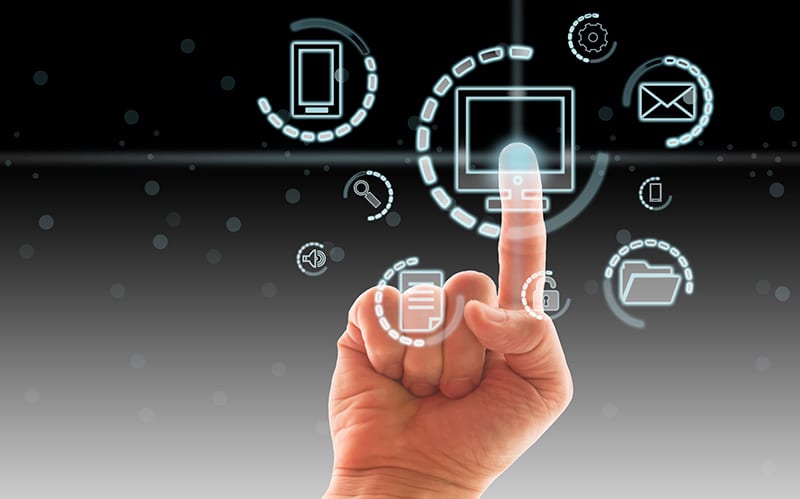 In 2001, Wilbur-Ellis took a major step toward a common information technology infrastructure, investing in a companywide program called SMART (Strategic Mobilization of Assets Through Re-Engineering and New Technologies).

When the new technology was introduced, it was clear the investment would be substantial. At the time, the cost was estimated at $20 million. But the benefits were substantial, too. This new infrastructure would provide improved customer service, more efficient inventory procurement and management, enhanced processing and accounting systems, and better analytical tools and reports. The system would also bring consistency to the different platforms used by acquired companies. 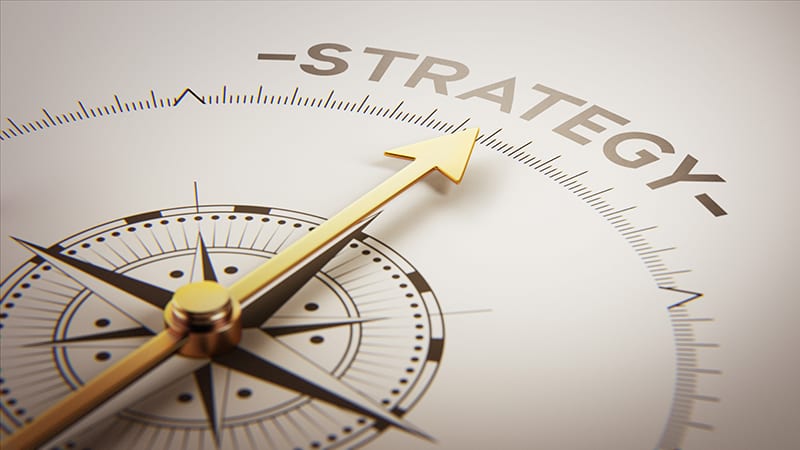 Pursuing a Unified Strategy, as “One Wilbur-Ellis”

Another important change in the 2000s was a more unified company strategy.

In 2003 – for the first time – managers from all divisions came together to “learn, strategize and interact.” The One Company Meeting promoted a common understanding of where the company stood, where it was going, and how it would get there. Here are some highlights:

Where we stood – a position of strength

Where we were going – growth and a unified strategy

How we’d get there – a future based on talent, knowledge and relationships

When John Thacher became CEO in 2006 – three years after the One Company meeting – he reiterated the positive outlook: “Wilbur-Ellis is well-positioned to achieve consistent long-term earnings growth. We have momentum, capital, a solid infrastructure, a committed and supportive shareholder base, and remarkably talented people. Our success is due to the commitment and dedication of everyone in the company.”

In our next installment of Wilbur-Ellis Through the Decades, we’ll look at 2010 to the present day. This period has been a time of new faces and initiatives, as well as a major global challenge – the COVID-19 pandemic.