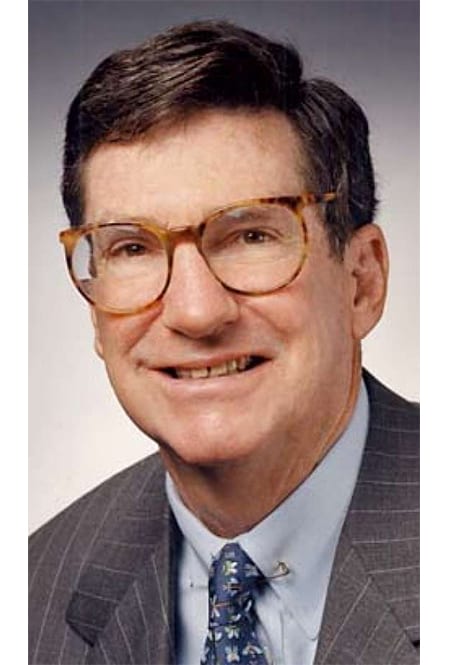 Post-war America was a time of unbridled optimism. The economy was booming, with new cars and suburban houses symbolizing the growing prosperity. Rock ‘n’ Roll was born, along with 4 million babies each year, giving rise to the “baby boom” generation. Change was also afoot with the rise of the civil rights movement and a crusade against communism that would begin a 40-year Cold War.

Globally, the Korean War began, the post-World War II Allied occupation of Japan ended, the polio vaccine was introduced, and the Soviet Union’s Sputnik, the first satellite launched into space, started a “space race” that would land a man on the moon a dozen years later.

Against this backdrop of growth and recovery, Wilbur-Ellis followed suit. In the 1950s, the company expanded into new areas that would help rebuild the business after the war and lay the foundation for the most important strategic move in the company’s history – the expansion into agriculture, which drives our business today (see below).

Brayton Wilbur Jr. was the son of Wilbur-Ellis founder Brayton Wilbur Sr. He grew up with the company and followed in his father’s footsteps, serving as CEO from 1988 to 2000.

In a 2003 speech, Brayton Wilbur Jr. (left) recalled memorable moments from the past, including this one from the 1950s – when, as a young businessman, he learned lessons about opportunity, risk and making tough choices. 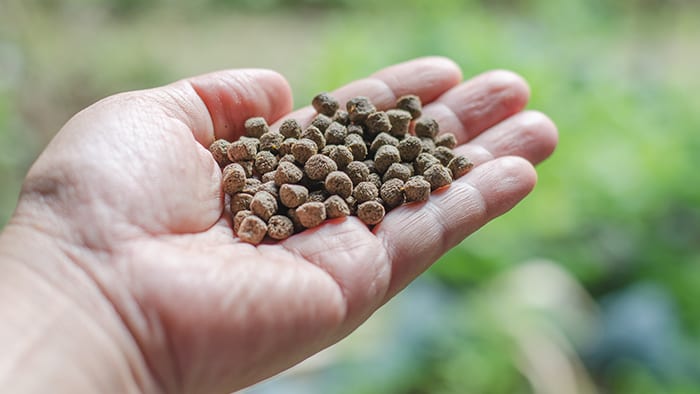 Here is an excerpt from that speech:

“(In the 1950s) fishmeal dominated the company. After the fish were depleted in Cannery Row and along the rest of the West Coast of the U.S., my father bought all the equipment he could find in Cannery Row and elsewhere and shipped it to South Africa, Peru and Chile, making major investments, relative to the size of the company, in the fishing industry in Peru.

Certainly, in the ’50s the investments in the various operations in Peru absolutely dominated the finances of the company. The fishing business soon became one of the two or three major Peruvian businesses, and so the Government of Peru began to take enormous notice of it, and this made my father more and more nervous.

To give you a sense of my business acumen, I very well remember in 1961 Dad calling me up to San Francisco and saying he had an offer from Van Kamp, a company that was about to be bought by Ralston Purina, to buy all our fishing interests in Peru for what was known at the time as unregistered stock, that is stock that we would register the moment Van Kamp made a deal with Ralston Purina.

I protested vigorously saying this is the future of the company, don’t sell our heritage, and on and on. I can to this day remember the disgusted look my father gave me, as I’d clearly learned nothing.

He sold the interest in Peru and was richly rewarded by Ralston Purina. Then, only three years later, the whole industry was nationalized by the Peruvian Government. Ralston Purina got virtually nothing for their interest. So much for a business school education, or my business acumen.

This fish meal business grew to the point that, while profitable, really very profitable, it became a danger to the company, as you had to sell enormous tonnage out six to nine months on fish that were not yet caught or processed. We were talking about long positions of 100,000 tons or more.

It was never clear that enough fish would be caught, since their volume ebbed and flowed. So, it was nerve-racking. What really happened is (the risk) got too big for Wilbur-Ellis, so we began to reduce our exposure.”

Moving away from the Peruvian fish meal industry was an important change for Wilbur-Ellis. The company was a significant player in this business. In fact, Business Week magazine called Brayton Wilbur Sr. “the founder of the Peruvian fish meal industry,” and his wife, Matilda, observed: “Brayton was the first person to develop commercial fishing in Peru and felt that Lima was his second home. He became enamored of Latin culture and our trips to Peru were enthralling.”

Business Week magazine called Brayton Wilbur Sr. “the founder of the Peruvian fish meal industry,” and his wife, Matilda, observed: “Brayton was the first person to develop commercial fishing in Peru and felt that Lima was his second home.”

But at the same time, the company founder had a clear-eyed view of the impact governments can have on a business and the importance of managing risk. So, the decision was made to reduce the company’s manufacturing position in Peru, while continuing to operate as traders. In Brayton Wilbur Jr.’s speech, he acknowledged the resistance his father faced over this decision within the company:

“There are consequences on morale when you begin to pull in your horns in any area, particularly one that made the company so famous. While we were always profitable, there were a few difficult years as some people just refused to go along, and there were some difficult moments.”

A difficult and tragic moment came in 1956, when Tom Franck, one of the original founders of the company, was killed in an automobile accident. His death left a void, and changes in the business caused some turmoil. But Wilbur-Ellis persevered, and the 1950s provided a tremendous growth platform. 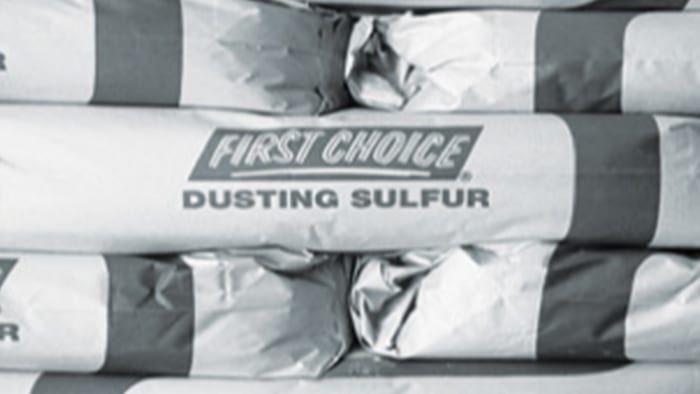 A New Direction – Expanding in Agriculture

During the 1940s, the company’s entry into agricultural inputs in the United States began, fueled by America’s prosperity after World War II.

In the 1950s, that small beginning expanded. Wilbur-Ellis, for example, installed the first dusting sulfur mill in Fresno, California, establishing dusting sulfur as a fungicide for grapes, sugar beets, tomatoes and other crops.

Over the years, the move into agriculture that began in the ’40s and ’50s set the stage for rapid growth in the 1960s and beyond, creating what is now Wilbur-Ellis’ largest division – Agribusiness. Growth in this sector has continued, with a major step taken in 2019. That’s when the company made its largest acquisition to-date, with the purchase of Nachurs Alpine Solutions, a leading manufacturer of specialty liquid fertilizers and liquid industrial products.

Although the expansion in agriculture was a company-defining decision, it wasn’t surprising, according to Frank Brown, who spent 37 years with the company, leading Connell, Wilbur-Ellis’ specialty chemicals and ingredients business, and serving as Chairman of the Wilbur-Ellis Board of Directors before his retirement in 1999. “Wilbur-Ellis has always been very good at seeing the potential of new opportunities, as well as knowing when to leave a business that has run its course. That strength goes back to Brayton Wilbur, Sr., and it continues today.”

This willingness to pursue new opportunities also drove global growth in the 1950s. 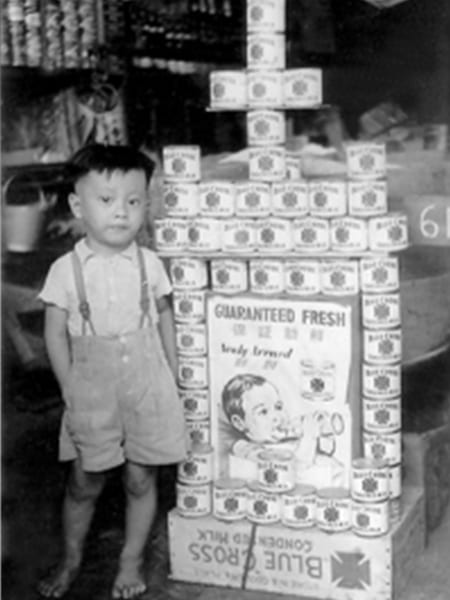 After World War II ended in 1945, Wilbur-Ellis was one of the first Western companies to return to Japan with an office reestablished in 1950 – a presence that continues today.

The same was true after the Korean War, which continued from 1950 to 1953. In 1954, Wilbur-Ellis returned to Korea, “a country that had been absolutely devastated by the war,” said John Thacher, current Executive Chairman of the Wilbur-Ellis Board of Directors and former company CEO.

In fact, throughout Asia, Connell established over a dozen offices strategically located in the Pacific Rim’s financial and commercial centers. Along with Japan and Korea, this included Guam and Taiwan.

The company’s entry into South Africa had an unusual beginning. It was the result of a trip Brayton Wilbur Sr. made in 1948 as a member of a scientific mission to the country. He traveled with representatives from the Museum of Natural History in Nairobi, Kenya, who conducted zoological and anthropological studies in Africa.

But as an astute businessman, when Wilbur learned about the growing fishing industry in South Africa – and that the pilchard and jack mackerel were in abundant supply – he knew there were opportunities for Wilbur-Ellis. This was especially important since the pilchard (or Pacific sardine) had disappeared in commercial quantities from Northern California waters, never to return.

Soon after his visit, an office was opened in Cape Town, South Africa, and two years later Wilbur-Ellis was appointed the exclusive sales agent in the U.S. by the South African Fish Meal Producers Association. Over the years, the office grew and became more diversified in the products it traded, but always maintained close ties with the fishing industry.

All these achievements made the 1950s a period of rapid growth for Wilbur-Ellis. Just as U.S. and global markets were expanding after World War II, Wilbur-Ellis was pursuing new opportunities and making hard choices about leaving certain businesses.

But even as Wilbur-Ellis grew and changed, its basic beliefs remained the same. In the conclusion of his speech, Brayton Wilbur Jr. reiterated the philosophy of the company’s founders:

“Wilbur-Ellis’ strong position is the result of a basic belief that the responsibility of this company is to our customers and to the integrity of our contracts. We provide what we promise. As with all successful companies, profitability is essential, for without it there is no company. But we believe that profitability comes when we are responsible to our customers, our employees, our business partners, and the communities in which we live.”

“Growing up, I heard that philosophy many times,” said Mike Wilbur, son of Brayton Wilbur Jr., and now President and CEO of Cavallo Ventures, the investment arm of Wilbur-Ellis, and a member of the Wilbur-Ellis Board of Directors. 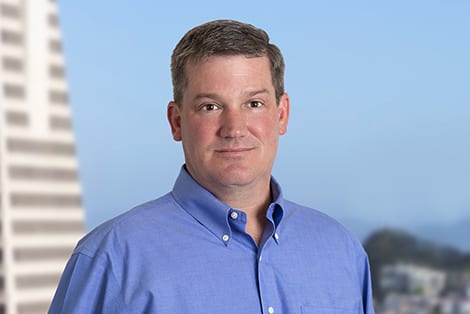 In our next installment of Wilbur-Ellis Through the Decades, we’ll look at the 1960s, a tumultuous decade, but one in which Wilbur-Ellis stayed focused on profitable growth.