For nearly 100 years the Wilbur-Ellis story has unfolded. In this section of the 100th anniversary website, we’ll tell the company’s story decade-by-decade.

The Great Depression … and Expansion in Asia for Wilbur-Ellis

When the U.S. stock market crashed in 1929, an era of unprecedented prosperity came to an end. The crash marked the beginning of the Great Depression, which impacted America and the industrialized world throughout the 1930s.

In the U.S. 30 percent of the workforce – or 15 million people – were out of work by 1933. Nearly half of the nation’s banks failed, and breadlines and soup kitchens were a common sight.

As the financial collapse devastated the economy, in America’s heartland another crisis was unfolding. In the Southern Plains, farmers were facing the worst drought in American history. The Dust Bowl killed livestock and crops, driving some 2.5 million people from their farms, with many heading west to California.

Against this backdrop, Wilbur-Ellis also faced uncertainty. After a successful start in the 1920s, there was red ink on the balance sheet for the first time as the 1930s began. Workers’ pay had to be reduced, as commodity prices plummeted. Fish oil, for example, dropped from 50 cents a gallon in 1924 to just 8 cents. Fish meal prices, which ranged between $50 to $60 a ton in 1924, sold for $19.

In the midst of the difficulties, Wilbur-Ellis leaders believed there was opportunity for those who were able and willing to take a “calculated risk,” as Brayton Wilbur Sr. recalled in a letter to his son, Brayton Wilbur Jr., many years later. And that’s just what the company did. 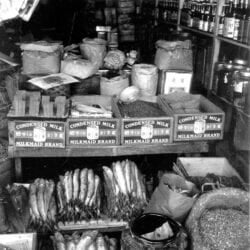 With commodity prices down, markets for some products actually expanded, particularly for fish meal, a key ingredient in animal feed and fertilizer. With ocean transport costs also at rock-bottom prices, Wilbur-Ellis could ship fish meal to Western Europe very economically, tapping into markets there.

The company hedged its bets by expanding into new product lines, including soybean meal and oil, vitamin oil, shark-fin oil, dried fruit and meat by-products. Wilbur-Ellis also imported Belgian urea for the orange fields of Southern California, which was the beginning of the agricultural nutrient business.

As this expansion continued, there was an important change at Wilbur-Ellis. Founders Brayton Wilbur Sr. and Tom Franck bought out Floyd Ellis’ interest in the company.

But the biggest milestone, by far, was the 1931 acquisition of Connell Bros. Co., Ltd., a trading company established in Seattle, Washington, in 1898. The story of Connell Bros. is similar to Wilbur-Ellis’ history. It also began with two young men who started with nothing and built a business that continues today. 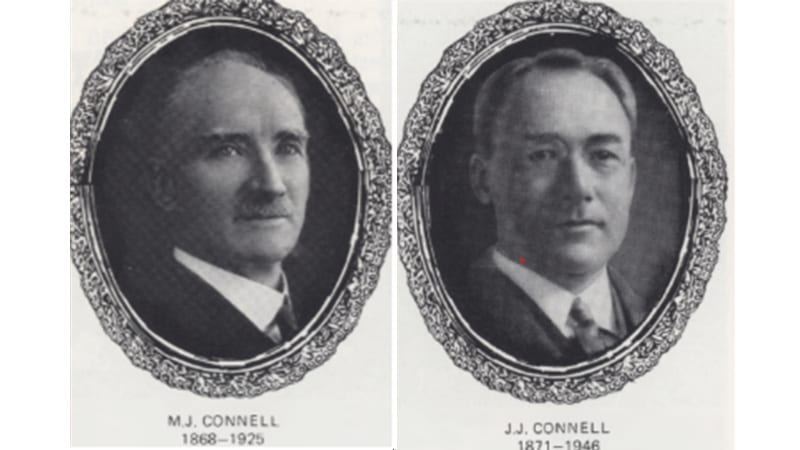 Connell Bros. – From Humble Beginnings to a Trading Powerhouse

In 1896, Morris Connell left the family farm in Minnesota to seek his fortune on America’s Pacific Coast. He settled in Washington state, and though he was only in his early 20s, Morris (left) proved himself to be an adept trader of goods. His first profit – several hundred dollars – was made on the purchase and resale of a carload of potatoes. Encouraged, he opened a domestic brokerage business dealing in foodstuffs.

Soon Morris’ younger brother, John (right), joined him out West. The Klondike gold rush was gathering steam, drawing an estimated 100,000 prospectors to the Klondike region of the Yukon in northwestern Canada between 1896 and 1899. The Connells sensed there was more money to be made by supplying gold-seekers than hunting for gold themselves, so they began outfitting miners for their expeditions.

But as exciting as the gold rush was, for Morris and John it couldn’t compete with another new frontier – expansion into Asia.

The Connells’ first opportunity came when a Seattle bank asked if they would liquidate a distressed cargo of flour in Hong Kong. John took on the assignment, and when that job was done the Connell brothers directed a similar mission in the Philippines.

At that time, Manila was occupied by American forces, following U.S. Admiral George Dewey’s 1898 victory over the Spanish Navy in Manila Bay, which took control of the Philippines from Spain at the outset of the Spanish-American War. At about the same time, in 1900, another very special Wilbur-Ellis connection was coming onto the scene in the Philippines … but that connection wouldn’t be made until years later (see below).

As John Connell undertook this venture, he arrived in Manila before the bills of lading for the release of the cargo were received by the Hong Kong and Shanghai Banking Corporation, which was financially responsible for the shipment.

John asked banker A.G. Stephen, the manager of the Manila branch, to release the cargo to him before the bills of lading arrived. Reluctant, Stephen replied: “If you were to cross the Channel to those islands, the bank could not bring you back.” But John, a master of diplomacy, cajoled Stephen, promising not to flee with the cargo. John kept his promise and that, as they say in the movies, was “the beginning of a beautiful friendship” between Connell Bros. and the bank.

Another advantage in those early years was the complementary personalities of Connell’s founders. Morris was quiet but had keen business instincts. John was gregarious, a born salesman.

Another advantage in those early years was the complementary personalities of Connell’s founders. Morris was quiet but had keen business instincts. John was gregarious, a born salesman. Together they built Connell Bros., opening their first Asian office in Yokohama, Japan, followed by offices in China, Hong Kong and the Philippines.

Initially, their focus was exporting flour and canned milk to Japan, China and the Philippines. Although Connell introduced many American food brands to Asia, their mainstay remained flour, with millions of bags transported from the Pacific Northwest and Canada to the Far East. Connell also became the first company to export California fruit to the Far East, at a time when refrigerated cargo was decades away.

Until 1912, Connell was almost exclusively an exporter of goods. But that year, it began shipping cases of eggs from China to the U.S., and later expanded into groundnuts for conversion into vegetable oils.

When World War I began in 1914, Connell shipped supplies to Allied forces, at a time when world trade was severely restricted. When the war ended in 1918, it looked like trade with Asia might get back to normal, with few import or currency restrictions. But following the war, there were wild fluctuations in world currencies, making business on a global scale difficult.

The company also was rocked by Morris’ death in 1925. John took over the business and the company continued, exporting unusual items, like discarded newspapers (used in China for wrapping items and insulating homes), as well as old tires (used to make sandals), although flour and sardines were Connell staples.

Despite the ups and downs, as a Connell Bros. history recounts: “By the 1930s, no other American trading company was as well-respected, had the depth of experience or understood the Asian market as well as Connell Bros.” Even so, the Great Depression that began in 1929 was taking its toll, and John Connell considered selling the business.

“Always having a keen desire to diversify, we bought Connell Bros. I always had the feeling that we should diversify so as not to be too dependent on fishing alone.”
— Brayton Wilbur Sr.

There were several interested parties, and in 1931 (with mediation from the Hong Kong and Shanghai Bank) Wilbur-Ellis bought Connell Bros. – giving Wilbur-Ellis a truly global presence. “Always having a keen desire to diversify, we bought Connell Bros. Co,” Brayton Wilbur Sr. wrote. “I always had the feeling that we should diversify so as not to be too dependent on fishing alone.”

With the acquisition, Connell headquarters moved from Seattle to San Francisco. Under the leadership of Herb Magnuson, who led Connell until the 1960s, the organization became more diversified. It moved more industrial chemicals and semi-manufactured goods to Asia, along with flour, canned fish, fruits, vegetables, and used newspapers. With offices established throughout Asia (including China, Indonesia, Siri Lanka and India), Connell moved into a new geography, Latin America, exporting food products to that region.

Connell’s growth in the 1930s was remarkable, in part, because of the volatile economic environment, but also because of the challenges of doing business globally at that time. An ocean voyage to Connell’s Asia offices could take months. A letter took almost a month to reach Shanghai, which meant almost all business was conducted by undersea cable, which shorted communication time from weeks to minutes.

Despite the challenges, as the 1930s ended Connell’s business was on the upswing. But once again, world events would intervene. World War II began in 1939 in Asia and Europe. The U.S., at that point, had not become involved. But in December of 1941, everything changed. 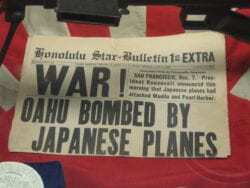 The Day That Changed America and the World

On Dec. 7, 1941, at 7:55 a.m. Hawaii time, a Japanese dive bomber bearing the Rising Sun symbol of Japan on its wings, appeared through the clouds above the island of Oahu, Hawaii. Three hundred and sixty warplanes followed, descending on the U.S. naval base at Pearl Harbor.

The surprise attack killed more than 2,400 naval and military personnel and wounded 1,200 more. It was a devastating blow to the U.S., and drew America, inextricably, into World War II.

The day after Pearl Harbor was bombed, the U.S. declared war with Japan. Three days later, Germany and Italy declared war on the U.S., and the U.S. responded in kind.

The global conflict would continue for four years, impacting Wilbur-Ellis as a whole, but none more than Connell employees in Asia. The war put these employees and their families at the center of the storm.