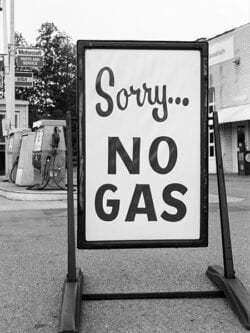 The endings in the 1970s were profound. After 20 years, the Vietnam War came to an end. So did the economic prosperity of the previous two decades. An oil embargo that began in 1973 curtailed the flow of oil from the Middle East to several industrialized nations, sending a shock wave through global economies and leading to gasoline shortages for consumers.

The next year, the U.S. faced turmoil on another front, when President Richard Nixon resigned amid the Watergate scandal. And by the end of the decade, it was déjà vu, as a second oil crisis hit, doubling oil prices, fueling a global recession, and again causing long lines at the gas pump.

But the 1970s brought new beginnings, too. There was a liberalization of commerce in China, following a historic visit by President Nixon in 1972, which helped open diplomatic channels that had been closed for over 20 years. Peace in the Middle East seemed within reach, as the leaders of Egypt and Israel signed the Camp David Accords in 1978. Social progress for women continued, as Margaret Thatcher was elected the first female Prime Minister of the U.K. In science and technology, Apollo 13 returned safely to earth after near disaster, the digital age for consumer products began (with the first calculator, cell phone and personal computer), and the first “test tube baby” was born. 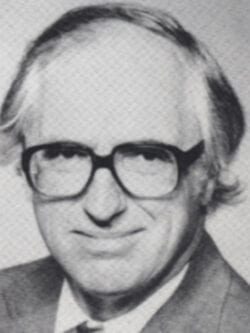 Wilbur-Ellis – Changing With the Times

Against this backdrop, Wilbur-Ellis was also in transition. Shortly before the 1970s began, Carter Thacher (left) took over as CEO, leading the company for over 20 years, from 1967 to 1988.

An important new beginning under his watch was the growth of trading in palm oil. It all began when the company’s fish oil traders learned about the benefits of tropical oils and saw a promising opportunity.

Soon, they began trading in palm oil from Indonesia and Malaysia. In a speech some years later, Brayton Wilbur Jr. (who was CEO from 1988 to 2000) recalled how the era of palm oil began:

“This was long before the days that people had even heard of saturated oils. Palm oil, corn oil and soybean oil were all considered pretty close substitutes. The fact that palm oil was a saturated oil and the others were polyunsaturated was not even taken into account.

We had offices in Medan in Indonesia and Kuala Lumpur in Malaysia and, for the first seven or eight years, none of the big trading companies were terribly interested in the trade. So, we had a day or two’s advance knowledge on how much oil was being produced and the direction of the markets in Asia.

We made a lot of money from 1970 through 1977, and then gave back a goodly part of it in the late 1970s with the worldwide oil crisis, plus some other governmental interventions. So, we decided to withdraw from this business as it had just gotten too risky for us, as the Peruvian fish meal industry had some years earlier.

Like the company’s decision to exit the Peruvian fish meal industry, the decision to exit palm oil caused a certain resistance within the company, but the decision was absolutely correct. To participate in the trade of international oils, you really had to have the size of one of the major grain houses or ADM or the like, as well as have your own crushing plants, ships and so on.

But the good news was that beginning in the mid-1960s agricultural chemicals and fertilizers began to be really important to Wilbur-Ellis.”

The company’s shift into agriculture was good news indeed. As the era of palm oil came to an end, Wilbur-Ellis’ involvement with agriculture accelerated, expanding a presence that had taken root years before.

The company’s shift into agriculture was good news indeed. As the era of palm oil came to an end, Wilbur-Ellis’ involvement with agriculture accelerated. 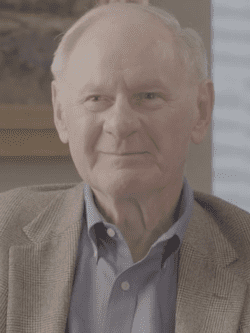 The agriculture story began in the 1930s, when Wilbur-Ellis started trading Belgian urea as an additive in animal feed and fertilizer. In feed, urea is an effective source of protein in beef cattle diets. In fertilizer, urea provides plants with nitrogen to promote plant growth, as well as the photosynthesis process. Over the years, the company developed deep expertise, which helped it become a major fertilizer distributor.

In the 1940s and 1950s, Wilbur-Ellis moved into insecticides in California, Arizona and the Northwest U.S. In the mid-1960s, Treflan (a preemergence herbicide) came on the market, and Wilbur-Ellis became an important distributor of the product under the Elanco name.

All these moves – and others like them – laid the foundation for today’s agriculture business. As Frank Brown (left), a long-time Wilbur-Ellis and Connell executive during the 1970s, recalled: “Carter Thacher determined there was an opportunity in agricultural chemicals … a big and growing opportunity. Thanks to him, the company had the backing and flexibility to grow that business into what it has become today.” 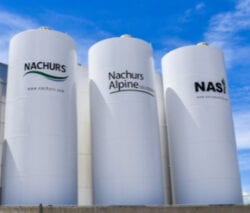 The 1970s was also a time of growth in the animal feed business, now called Nutrition. This business grew through acquisitions in California and the Paciﬁc Northwest, as well as establishing new offices in Canada.

This set the stage for continued expansion, as Nutrition evolved from a trading entity into what it is today – a global leader in the marketing and distribution of ingredients for the livestock, pet food and aquaculture industries. 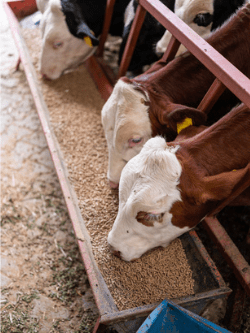 As the company’s businesses continued to grow, they also became more complex. In the 1970s, government regulation increased.

In response, Wilbur-Ellis was among the first companies to establish a dedicated Safety, Regulatory and Environmental department. The intent was to protect employees, benefit customers, and ensure regulatory compliance. That organization continues today with a broader scope and an expanded name – the Environmental, Health, Safety and Security (EHSS) organization.

For Connell, the 1970s was also a time of growth, as the Asia-Pacific region became a more powerful economic force.

In 1972, Connell expanded its presence in chemicals through a partnership in Australia with Chemical Resources Pty., Ltd. Connell already operated in Australia, trading in fishmeal, protein meal, frozen and canned seafood, edible oil and general merchandise. But with this partnership, Connell began importing and distributing products for the pharmaceutical, stock feed and veterinary chemical industries, including antibiotics, amino acids, antioxidants, mineral source compounds, vitamins and other raw materials.

For Connell, the 1970s was also a time of growth, as the Asia-Pacific region became a more powerful economic force.

More growth came with the end of the Vietnam War in 1975. As business activities accelerated in the Pacific Rim, Connell developed a number of joint ventures to expand sales.

“We were the first American company to open an office in Vietnam after the war ended,” recalls Frank Brown, President of Connell for 10 years and a Wilbur-Ellis employee for 37 years. “I remember when the Vietnam War ended. I was interviewed by one of the radio stations in the U.S. They said, ‘What do you think, is there any future there?’ In so many words I said, ‘Of course there is, I think there’s a great future.’ They thought I was crazy. But that’s Vietnam.” 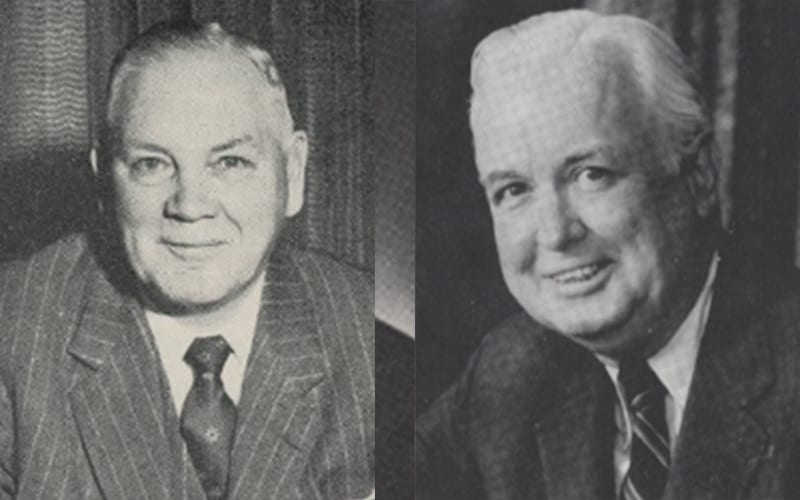 Even before the Vietnam War ended, Connell logged one of the largest orders on record – the shipment of 30,000 tons of cement from South Korea to Vietnam. It took three round-trip shipments to complete the order, and it also marked the continued recovery and industrialization of South Korea, which had been devastated by the Korean War in the 1950s.

As Connell grew its business, it also was adapting to a change in leadership. For 44 years, Connell was led by one man – Herb Magnuson (left). But in 1965, Magnuson retired, turning the reins over to Reg Grady (right). Grady led the business until his retirement in 1981, marking 30 years with the company.

The Pressure to Grow and Focus

As the 1970s ended, global economies were being challenged by a multitude of factors. Two oil crises in the ’70s had taken their toll, sending the price of oil skyrocketing. With higher energy costs and inflation, slow business growth, and increasing government regulation, businesses – large and small – were pressured.

As the 1980s began, companies looked for ways to become more cost-effective, efficient and competitive. For many, this meant growth and focus. Wilbur-Ellis was no exception. In the coming decade, the company would accelerate acquisitions and organic growth, and become tightly focused on the core businesses that would drive Wilbur-Ellis’ future.

In our next installment of Wilbur-Ellis Through the Decades, we’ll look at the 1980s, a decade when growth and focus would make a lasting impact.