For nearly 100 years the Wilbur-Ellis story has unfolded, riding the tides of America and the world. Here, each month we’ll feature a decade in the life of Wilbur-Ellis – counting down to the present day and looking ahead to a future of growth in a world of opportunity. 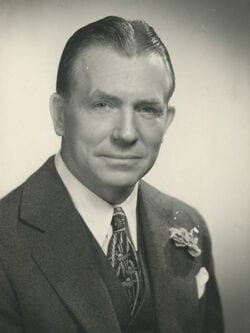 How It All Began

It started on June 29, 1921, nearly 100 years ago. Wilbur-Ellis was brought to life out of necessity and opportunity.

The necessity was real back in those early days. After World War I ended in 1918, jobs were scarce. In 1921, the U.S. was in a brief but deep economic recession, with high unemployment and many businesses going bankrupt.

One of those businesses was Rogers Brown and Company. Based in Seattle, Wash., the firm imported vegetable and animal oils from Asia into the U.S. and Canada. When the business failed, its employees lost their jobs. And that’s when two young men, Brayton Wilbur (left) and Floyd Ellis, decided to make their own opportunity.

Wilbur and Ellis had become friends at the University of Washington, and after serving in the military they both went to work for Rogers Brown. When the company closed, the two were facing an uncertain future. But with the experience they’d gained in business, they decided to start a trading company of their own. Their old friend and former classmate Tom Franck joined them, and with $5,000 to get the venture off the ground, a new company was born.

The partnership papers were signed on June 29, 1921, and the company began operating in two small rooms of the Robert Dollar Building on California Street in San Francisco, Calif.

The business plan was clear: “Trade any lawful commodity on which a profit could legitimately and honorably be made,” according to an early history of the company.

The name of the enterprise generated more debate. Floyd Ellis thought the name should be Ellis and Wilbur. But Brayton Wilbur said, “No, let’s throw quarters for it.” Wilbur won and the name was settled. Thanks to a few lucky quarters, the new company would be called Wilbur-Ellis.

The “Roaring ’20s” and a Successful Start

Although Wilbur-Ellis began in a time of economic turmoil after World War I, in the U.S. the economy quickly rebounded. Returning soldiers reentered the labor force, munitions factories were retooled to produce consumer goods, and the “Roaring ’20s” lived up to its name.

At the company, canned fish and sardine oil and meal were the chief commodities handled. These products were a good fit, since they were produced at plants in San Francisco and nearby Monterey, Calif. The meal found a market as a fertilizer ingredient, with some of it going to Asian flower growers on the San Francisco Peninsula. The use of meal in poultry feeds was just beginning, and sardine oil also found a market in the Midwest, where soap manufacturers converted it to a hard tallow substitute. 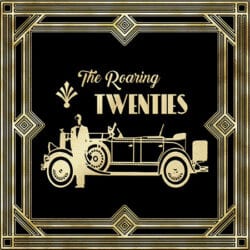 A type of black sardine oil was used as a medicine, as well as an ingredient in paint sold in the Los Angeles area. This led to Wilbur-Ellis’ first branch office, opened by Floyd Ellis in Los Angeles in 1922. He was soon joined by Tom Franck, and in 1923 when Ellis moved to Seattle to establish a third office, Franck remained in Los Angeles.

Under the guidance of Brayton Wilbur Sr., who led the company from 1921 until his death in December 1963, Wilbur-Ellis looked for new opportunities throughout the 1920s, diversifying its business and establishing more branch offices.

Ray Mattson joined the company in 1923, and in 1925 was sent from San Francisco to the Seattle office. The next year he was transferred to Vancouver, B.C., to establish the company’s first foreign branch (Wilbur-Ellis Company Canada, Ltd.), as British Columbia became a major source of fishery products. This branch would propel the trading of Canadian herring meal and oil.

Over the years – before becoming President and CEO in 1961 – Mattson moved for Wilbur-Ellis more times than any other officer (see below). And with each move, he brought his keen trading ability, which helped propel the company’s success. 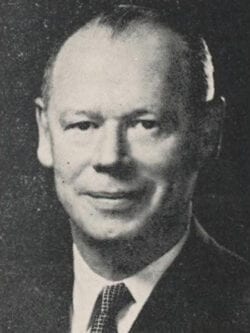 During his time with the company, Ray Mattson achieved a unique distinction. He moved more times on Wilbur-Ellis’ behalf than any other executive. Here’s a snapshot of their relocations.

In this period of growth for the fish oil business – including expansion in the Northwestern U.S., Alaska, British Columbia and the Mississippi Valley – the company also tapped into markets in far-away places.

In 1926, Wilbur-Ellis entered the fish meal export market, as demand grew in Japan. Fish meal was used to fertilize mulberry trees (below), the feeding ground of the silkworm and the basis of Japan’s silk industry.

Throughout the decade, the business continued to expand into fish processing and canning. The company also found opportunity importing Portland cement from Europe. Tons were sold for the construction of the Los Angeles Harbor, as well as for buildings in California, Hawaii and the Northwest U.S.

In 1929, another important change took place: Brayton Wilbur’s brother Edward, who had been blind since shortly after birth, left the business he had been running to join Wilbur-Ellis. The brothers were close, and Ed provided Brayton with valuable guidance and advice. The two worked together until Ed’s death in 1939.

In the early years, success came quickly. In just its second year in business, Wilbur-Ellis’ capital grew to $40,000. This strong start fueled expansion throughout the decade, drove the decision in 1923 to move from a partnership to an incorporated California company, and gave Wilbur-Ellis the confidence to continue adding staff.

Over the decades, the company has added offices around the U.S. and the world – but Wilbur-Ellis’ roots remain in San Francisco, where it all began. In fact, except for a short period in the 1920s, the company’s headquarters has been located on California Street, where it remains today.

A Scientific Breakthrough and an Economic Crash

As the 1920s drew to a close, two important changes affected the fortunes of Wilbur-Ellis.

At university and government research labs, research found that fish meal contained amino acids, making it a valuable supplement to other protein sources. The use of fish meal in poultry feeds grew rapidly, and the market expanded to include the large feed manufacturing companies in the Midwest and Eastern U.S.

Wilbur-Ellis also began trading in other feedstuffs, such as soybean, linseed, cottonseed, and mill feed, as well as vitamin oils from various sources. Protein meals were imported from Japan, China and Manchuria, and the company began making regular calls on large feed producers in the Midwest, such as Ralston-Purina and General Mills, which opened the door for even greater expansion.

But as growth bolstered Wilbur-Ellis’ business, the U.S. economy was about to take a sharp turn.

In the boom days of the 1920s, millions of Americans purchased stock, increasing the value of the shares far beyond their true worth.

When the correction came, it hit hard. On October 24, 1929, the stock market crashed. The four-day collapse of stock prices was the worst decline in U.S. history, with the Dow Jones Industrial Average dropping 25 percent – a loss of nearly $400 billion in today’s dollars.

Financially, the crash wiped out many investors and businesses. Panic followed, and the Great Depression gripped America and the industrialized world for 10 long years (from 1929-1939). This was, historians say, the “deepest and longest economic downturn in the history of the Western world up to that time.”

Though the global economy was in turmoil as the 1920s came to an end, a new decade was about to start, and Wilbur-Ellis was looking for new opportunities.

Wilbur-Ellis saw the first red ink on its balance sheet, driven by a dramatic fall in commodity prices. But as Brayton Wilbur Sr. recalled in a letter to his son, Brayton Wilbur Jr., over 30 years later, the company weathered the crash better than most.

“We did not lose any money in the collapse of 1929, and only showed a small loss in 1931,” the elder Wilbur wrote. “We were primarily traders and were not over-speculating … although, of course, we did take some calculated risks and generally did pretty well, building up our capital.”

Though the global economy was in turmoil as the 1920s came to an end, a new decade was about to start, and Wilbur-Ellis was looking for new opportunities.

We look at the 1930s, a time of economic hardship – but also a time of growth for the company.